The Fountain Valley area has been settled since the late 1850s. For several generations, it was populated by only a handful of pioneering families who farmed and ranched along Fountain Creek. Our rich agricultural heritage is reflected in several of the schools in Widefield School District 3 that are named for these families: Janitell, Pinello, and Venetucci.

On August 20, 1874, Widefield School District 3 was organized as the third school district in El Paso County, Colorado. The area included over 220 square miles and stretched east to the Lincoln County line.

In 1887, Widefield separated into its own schools. The Widefield School, (located at the junction of present-day Pueblo Road and Southmoor Drive), held class for twelve students. The school was heated by a pot-bellied stove; melted snow was the source of water in winter. Ute Indians were known to sometimes peer into the classroom's windows.

For many years school was held in a small two-room school house built in 1912, near U.S. Highway 85/87. Later renamed the Kittie Paster School, the old yellow school still stands today on Southmoor Drive, just south of the highway. 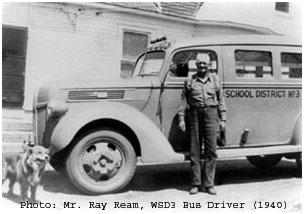 The sprawling district changed little in the years leading to the big boom that hit the area after World War II. In 1953, developers bought the Mel Anderson Dairy Farm, which in time became the community of Security. Widefield School District had about 125 students in 1954. Until Security's first model homes were built in 1955, the area held sway to only "blow sand", prickly pear, bull snakes and cholla cactus. The size of the school district was 45 square miles.

A bond issue election was unanimously passed by district's residents in 1955 to meet the educational needs of a growing community. Mr. James A. Talbott was hired as Superintendent of Schools. Enrollment totaled 240 first through sixth grade students with a staff of ten teachers. Until, (and even after) Widefield Elementary opened, six residences on Hackberry Drive were used as temporary classrooms. By the close of year, six more teachers were added and total enrollment was 550 children, with 85 more students attending Fountain School District.

Widefield School District 3 grew at a fantastic rate of 300 percent in three years, during which North and South (later Venetucci) elementary schools were built. Widefield High School opened as well, with 27 students in the first graduating class of 1959. S.A. Wilson Elementary and Sproul Junior High were completed in December 1959. District enrollment at the beginning the 1959-60 school year was 2,600 students. There were 103 teaching staff members.

Also during this period, a new development named after the school district began to take shape south of Security. Widefield Homes was launched in 1957, developing the areas to the north and south of Fontaine Boulevard during the 1960s. In September 1962, enrollment was 4,126 students and instructional personnel totaled 177. J.A. Talbott Elementary opened in the new Widefield subdivision. Watson Junior High opened its doors in the spring of 1964.

In 1963, the population of Security was 14,000. New homes were also developed in the Stratmoor Valley area. Pinello Elementary was opened nearby in 1964. During 1966, the library and park and recreation staff moved into a new complex on Aspen Drive.

At the close of the 1966-67 school year, the student population totaled 6,434. Webster Elementary was completed in November 1969. Martin Luther King, Jr. Elementary opened in 1973. Janitell Junior High opened in 1974 and end-of-school enrollment in the district was 7,938. The beginning enrollment for the 1974-75 school year was 7,233. In 1978, the Security Park and Recreation District was assimilated into the school district. A new administration building was completed in 1979.

Beginning enrollment in September 1981 was 6,383. In the mid-eighties, new housing was being developed new areas of the district: Colorado Centre, Pheasant Run, Clearview, Copperfield, Sunrise Ridge and Bradley Ranch. About 1,000 new homes were built within an eighteen month period.

In 1985, South Elementary was renamed to honor the Venetucci family. Sunrise Elementary opened in 1986. Opening enrollment for the 1986-87 school year was 6,833 and there were 469 graduating seniors in May. The Alternative High School Program was implemented the following year with sixty students in classes held the old administration building. In 1987, French Elementary was opened in Security.

New traditions began in our district when a second high school, Mesa Ridge, was completed in 1997. During the late 1990's, new growth was realized as homes were built in Windmill Mesa, Fountain Valley Ranch and Sunrise Terrace. A public charter elementary school opened in 2002 and is now known as James Madison Charter Academy.

Growth continued on the east side of the district with two new neighborhoods: The Glen and Lorson Ranch. Within a few years, hundreds of homes were built bringing in many new families. In 2017, voters approved two ballot measures including a $49.5 million bond to build a new pre-K through 8th grade school in the Lorson Ranch neighborhood, make critical repairs to current school buildings, reduce the amount of portable classrooms, and provide upgrades to transportation and technology; and a $3.5 million mill levy override to provide competitive pay to attract and retain quality teachers and maintain educational programs like our award-winning music and arts, engineering and biomedical sciences, and other career pathways.

Nearly 150 years after the first permanent settlers arrived in our community, the future of public education in Widefield School District 3 has never been brighter.