Student, staff and visitor safety is essential. That is why Widefield School District 3 (WSD3) works hard to make our schools into secure places where teaching and learning can flourish.

The Safety and Security Department currently consist of the Operations Manager of Safety and Security, Chad Haynes, and three safety and security officers. We also have campus supervisors at all our junior high schools, high schools, and Grand Mountain School. In addition, we partner with the El Paso County Sheriff's Office and have three School Resource Officers in the District.

As a parent, you should feel confident the WSD3 has an extensive emergency plan modeled after the National Incident Management System. Yearly trainings are conducted, both at the district level and school level, to keep our staff and students prepared for emergencies. In addition, every school has emergency drills throughout the school year utilizing the Standard Response Protocol (SRP v2.x). Many of these drills are conducted with our other first responder partnerships, to include fire and local law enforcement.

Please review the important safety and security links below and feel free to contact any officer with questions or concerns you may have.

Widefield School District 3 is adding another layer of security to our current building-entry procedure. All of our schools will now be using the Raptor Visitor Management System. Part of keeping students and staff safe is knowing who is in our buildings at all times, and the Raptor system allows us to do that. The Raptor system will better allow us to screen visitors, contractors, and volunteers in our schools and provide us with a safer environment for our students and staff.

What is the RAPTOR system?

RAPTOR is a visitor registration system that enhances school security by reading visitor drivers' licenses, comparing the information to a sex offender database, alerting school administrators if a match is found, then (if no match is found) printing a visitor badge that includes a photo.

How does it work?

Drivers' license information is compared to a data base that consists of registered sex offenders from all 50 states, including Colorado. If a match is found, school administrators and law enforcement personnel are notified immediately and will take appropriate steps to keep the school safe.

Why is Widefield School District using this system?

Safety of students is the district's highest priority. One of the most flawed security measures in schools is the handwritten log for school visitors. Many individuals visiting the school write their name illegibly or write a different name. Even with an accurate written name, the school knows nothing about the visitor or if they should be allowed in the school.

What other information is the school taking from drivers' licenses?

RAPTOR is only scanning the visitor's name, date of birth, partial license number, and photo for comparison with a national database of registered sex offenders. Additional visitor data will not be gathered and no data will be shared with any outside company or organization. 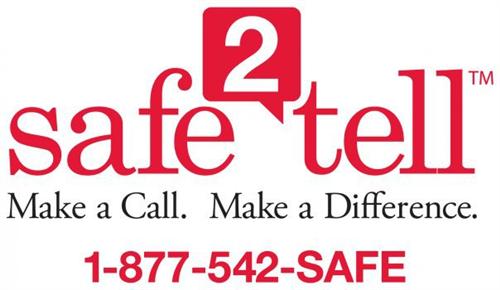 Safe2Tell® provides YOUNG people a way to report any threatening behaviors or activities endangering themselves or someone they know, in a way that keeps them safe and anonymous.

Safe2Tell® is a state-funded strategic initiative of the Colorado Department of Law, Office of the Attorney General.

The strategy focuses on Colorado children and youth and the issues they face today. The model was based on the Columbine Commission Report’s recommendation that students need a safe and anonymous way to keep lines of communication open. They realized that tragedies could be prevented if young people had a way to tell someone what they knew without fearing retaliation.

The anonymity of all Safe2Tell reports is protected by C.R.S. 07-197. This means the reporting party remains unknown by Colorado state law.

To submit an anonymous tip to Safe2Tell® call:

The Safety and Security Department understands that if an emergency occurs at school or an office, there is usually not much time to warn students, employees and guest about what is happening or what to do. That is why the Widefield School District 3 has implemented the Standard Response Protocol (SRP) at all of its facilities.

SRP is not based on individual scenarios, but rather on the response to any given scenario. SRP demands a specific vocabulary, but also allows for great flexibility. The premise is simple - there are five specific actions that can be performed during an incident. When communicating these actions, each is followed by a "Directive." Execution of the action is performed by active participants, including students, staff, teachers, and first responders.

Hold is followed by the Directive: "In your Room or Area. Clear the Halls," and is the protocol used when the hallways need to be kept clear of people.

Secure is followed by the Directive: "Get Inside, Lock Outside Doors" and is the protocol used to safeguard students and staff within the building.

Lockdown is followed by "Locks, Lights, Out of Sight" and is the protocol used to secure individual rooms and keep students quiet and in place.

Evacuate may be followed by a location, and is used to move students and staff from one location to a different location in or out of the building.

Shelter is always followed by the hazard and a safety strategy and is the protocol for group and self protection.

These specific actions can act as both a verb and a noun. I

EXAMPLE: If the action is "Lockdown", it would be announced on public address as "Lockdown! Locks, Lights, Out of Sight." All actions are to be repeated twice. Communication to local Law Enforcement Agency would be "We are under Lockdown."

In addition, each response has very specific student and staff action. The Evacuate response is always followed by a location: "Evacuate to the Bus Zone." Responses can also be chained. " Evacuate to Hallway. Shelter for Tornado. Drop, Cover and Hold."

The SRP is now in place in literally thousands of schools around the country and over the last year or two is becoming the standard in school safety training.

For more information visit the I Love U Guys Foundation Website. 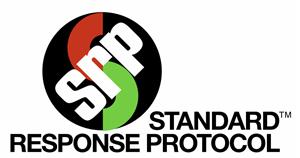 The Emergency Management Institute developed the Introduction to ICS for Schools (IS-100.SCa for Schools) course in collaboration with the U.S. Department of Education.  The course is designed primarily for kindergarten through high school personnel.
The overall course goal is to promote school safety by:

N/A. However, completion of IS 700, National Incident Management System (NIMS), An Introduction is recommended.

This course is designed for teachers, substitute teachers, counselors, parent volunteers, coaches, bus drivers, and students. However, anyone with a personal or professional interest in school preparedness is welcome to participate. School administrators, principals, and first responders alike will find useful information in this course.

The most visible security equipment at the schools is the proximity card readers at designated entrances and the security cameras on the exterior of the building. Proximity card readers provide accountability for who is coming into the building. CCTV cameras are a useful crime deterrent, and, by working in conjunction with the access controls system, the cameras provide accountability for access during both regular business hours and outside of business hours (nights and weekends). The cameras also provide surveillance of the school grounds.

In addition to providing detection of unauthorized entries into the schools, the security system addresses key control, vandalism, and emergency planning issues. This provides Widefield School District with documentation on who accesses the schools and when they are accessed. Exterior cameras and detection devices provide prevention, notification, and documentation of vandal-related incidents. The security system also helps in planning and preparing for emergencies by allowing the school to be locked down from the school's main office or from the Widefield School District security office, and it provides camera views of the exterior during a lockdown situation.